(Abridged version of the Introduction to Dark Hero of the Information Age: In Search of Norbert Wiener, the Father of Cybernetics). 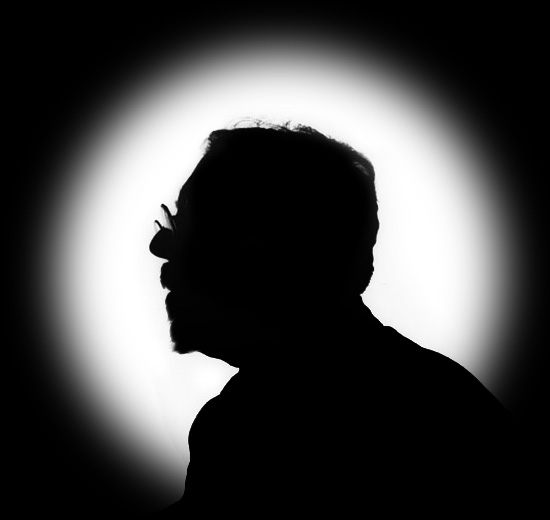 “So oft in theologic wars,
The disputants, I ween,
Rail on in utter ignorance
Of what each other mean,
And prate about an Elephant
Not one of them has seen!”

—John Godfrey Saxe, The Blind Men and the Elephant

He is the father of the information age. His work has shaped the lives of billions of people. His discoveries have transformed the world’s economies and cultures.

He was one of the most brilliant minds of the twentieth century, a child prodigy who became a world-class genius and visionary thinker, an absentminded professor whose eccentricities assumed mythical proportions, a best-selling author whose name was a household word during America’s first heyday of high technology.

His footprints are everywhere today, etched in silicon, wandering in cyberspace, and in every corner of daily life. Yet his words are muted echoes in the memory. This is the story of a man who has fallen through the cracks in the information age and his fight for human beings that is the stuff of legend.

Born on the doorstep of the twentieth century, Norbert Wiener was a descendant of Eastern European rabbis, scholars, and, purportedly, of the medieval Jewish philosopher Moses Maimonides. He entered college at eleven, received his Ph.D. from Harvard at eighteen, apprenticed with renowned European mathematicians, and, in 1919, joined the faculty at the Massachusetts Institute of Technology.

His early mathematical work solved practical problems in electronics that engineers had been wrestling with for decades. In the 1920s, he worked on the design of the first modern computer, and during World War II, he helped create the first intelligent automated machines. Wiener’s wartime vision grew into a new interdisciplinary science of communication, computation, and automatic control, spanning the forefronts of engineering, biology, and the social sciences. His ideas attracted an eclectic group of scientists and scholars: computer pioneer John von Neumann, information theorist Claude Shannon, anthropologists Margaret Mead and Gregory Bateson. Wiener named his science “cybernetics”—from the Greek word for steersman.

His 1948 book Cybernetics: Or Control and Communication in the Animal and the Machine set off a scientific and technological revolution. In less than a decade, cybernetics transformed the day-to-day labors of workers in every industry and unleashed a flood of dazzling devices on postwar society.

Wiener gave the word “feedback” its modern meaning and introduced it into popular parlance. He was the first to perceive the essence of the new stuff called “information.” He worked with eminent biologists and neurophysiologists to crack the communication codes of the human nervous system, and with the engineers who incorporated those codes into the circuits of the first programmable “electronic brains.” He led the medical team that created the first bionic arm controlled by the user’s own thoughts.

In his mind’s eye, he saw the technical promises of the new world that was dawning and modern marvels few could imagine at the time. But, alone among his peers, Wiener also saw the darker side of the new cybernetic era. He foresaw the worldwide social, political, and economic upheavals that would begin to surface with the first large-scale applications of computers and automation. He saw a relentless momentum that would pit human beings against the seductive speed and efficiency of intelligent machines. He worried that the new time- and labor-saving technology would prompt people to surrender to machines their own purpose, their powers of mind, and their most precious power of all—their capacity to choose.

And he feared for humanity’s future. Wiener spent his later years tirelessly warning the leaders of governments, corporations, labor unions, and the public about those far-reaching changes that were coming to work and daily living. He was the first person to sound alarms about intelligent machines that could learn from experience, reproduce without limitation, and act in ways unforeseen by their human creators, and he called for greater moral and social responsibility by scientists and technicians in an age of mushrooming productive and destructive power. Wiener spoke and wrote passionately about rising threats to human values, freedoms, and spirituality that were still decades in the offing. His efforts won him the National Book Award and the National Medal of Science, the nation’s highest scientific award.

Yet, even as his new ideas were taking hold in America and worldwide, Wiener’s visionary science was foundering. By the late 1950s, cybernetics was being superseded by the specialized technical fields and sub disciplines it had spawned, and Wiener himself wound up on the sidelines of his own revolution. His moral stands were rejected by his peers and a gadget-happy consumer public, and his grim predictions were dismissed by many as the doom saying of an aging, eccentric egghead. He died suddenly, at age 69, on a trip to Europe in 1964, even as so many of the things he had predicted were coming to pass.

Wiener’s science provided powerful new tools for understanding all manner of modern complexities, from the workings of the human genome, to the flow of human communication, to the dynamics of today’s global economy and the teeming networks of the World Wide Web. The innovations Wiener’s work made possible, and the public stands he took to keep human beings in control of their new creations, made him a hero to many in his day and to a loyal few in the years since his death. But his story goes far beyond the known facts about the boy prodigy who became a world-famous scientist.

Time has confirmed that Wiener’s work was revolutionary in the scientific sense. He identified a new set of fundamental entities of which the universe is composed: messages, information, and basic communication and control processes observable in every domain of life. He brought within the bounds of understanding phenomena of both mind and matter that had eluded philosophers and scientists for centuries. His was the first interdisciplinary scientific revolution, the first grounded, not in inanimate nature alone, but equally in the world of living things and in the everyday actions of human beings. It was also the first American scientific revolution, the first to originate and play out primarily in the United States.

Cybernetics has sired, inspired, or contributed to dozens of new technical and scientific fields, from artificial intelligence and cognitive science to environmental science and modern economic theory. Yet some of the most profound aspects of his work remain almost wholly unexplored. More than most scientific revolutionaries, Wiener took the trouble to tell us explicitly why he was so worried about the fate of his discoveries, and to leave behind some basic instructions to help us save ourselves. He made clear that our greatest tasks ultimately would be to determine those purposes and values we want to embrace as human beings, and how we choose to share our existence with the machines we have created in our image.

Wiener’s most dire predictions have not come to pass, but his legacy is still unfolding in the global society of the twenty-first century. It can be seen in the dangerous bubbles that have roiled the market for new technologies — Wiener watched such bubbles form and burst for decades and he cautioned eager investors to “watch your hat and coat” — and in the global shift toward exporting jobs in manufacturing and the new technology industries themselves.

And another important part of his legacy is only beginning to appear. His work paved the way for the digital revolution, but Wiener’s driving passions were analog. His imagination was inspired, not by strings of ones and zeros, but by automatic machines that mimicked the movements of human muscles and limbs, and by intelligent devices that emulated the feats performed by human brains and minds. The advance of digital technology put many of those analog processes out to pasture, yet today they are emerging as the dark horses of twenty-first-century science.

The latest breakthroughs in biotechnology and genetic engineering, robotics and sensor technology, and the tantalizing new domain of atomic-scale nanotechnology promise to change daily living, and life itself, more profoundly than all the digital technologies to date. They are unleashing formidable new powers that can benefit humankind or, in some scenarios, extinguish it. This new analog universe is bringing Wiener’s science and social concerns back to the fore, along with his early warning that cybernetic technology is “a two-edged sword, and sooner or later it will cut you deep.”

Throughout his life and long after his death, Wiener remained a mystery even to those who were closest to him, and nowhere more so than in his own spiritual excursions. Incongruous reports that, in his later years, Wiener, the prodigal son of Maimonides and self-proclaimed agnostic, held private, weekly meetings with a Hindu swami have turned out to be accurate in substance and spirit. His lifelong interest in the cultures of the East also drew him to India in the 1950s, where, at the request of the Indian government, he laid out a long-range program for that nation’s emergence as a technological power, which has put its scientists and technicians in the front ranks of today’s global information economy.

Like dark heroes of old and antiheroes of contemporary culture, he flouted convention and society’s superficial codes to pursue a deeper purpose and higher truth. Like dark matter whose presence can only be inferred from its effects on the universe around it, his science and ideas continue to influence every dimension of our world.